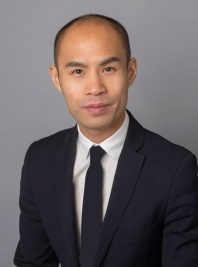 Anthony has established a sole practice with surprisingly state of the art, modern facilities for a home office.  Full access to the building’s amenity room, facilities and technology along with his mobility and flexibility have made the transition seamless for his clientele.

Anthony was born and raised in the greater Vancouver area, and though he may look Asian, he’s actually of Asian, Polynesian descent.  Anthony used to give away money to those who could guess his Polynesian background, but with smartphones it’s too easy now.

In his spare time, Anthony enjoys many sports including ultimate, volleyball and snowboarding whenever there’s fresh powder.   He hates running but does it anyways, and of course loves the Canucks even though he can’t skate or play hockey if his life depended on it.  Anthony also tries to get away and travel as much as he can (don’t worry, you can ask him about his stories working from all sorts of destinations around this world when clients call).  And while no professional, Anthony enjoys photography and playing the piano.  Really, it was he who wanted to learn.